having taken our fill of afternoon sustenance, myself along with the entire at bona fide, benelux and odeur de violettes team reconvened at the pohoda music club to load out into the two cars that would take us on the drive south to české budějovice. the dusk was descending and the temperature dropping fast, not to mention a few spots of cold rain starting to fall. still, the gang attended to the task in record time and we soon had our two vehicles filled to capacity before we spread our number evenly between them and took to the highway heading south out of the city.
–
for my own part i was still so weary-headed from the lack of sleep the night before, and the sounds of the honeycombs only served to lull me into a light sleep as the night fell and the highway wound its way down towards the old city. i awoke from my half-slumber as we entered the české budějovice city-limits, the soothing sounds of jesu now emitting from the car stereo. the night was bitterly cool as we parked our vehicle and stepped out onto the wintry streets outside the location, the full moon hanging bright above kredance and fast-moving clouds trailing quickly across its surface.
– 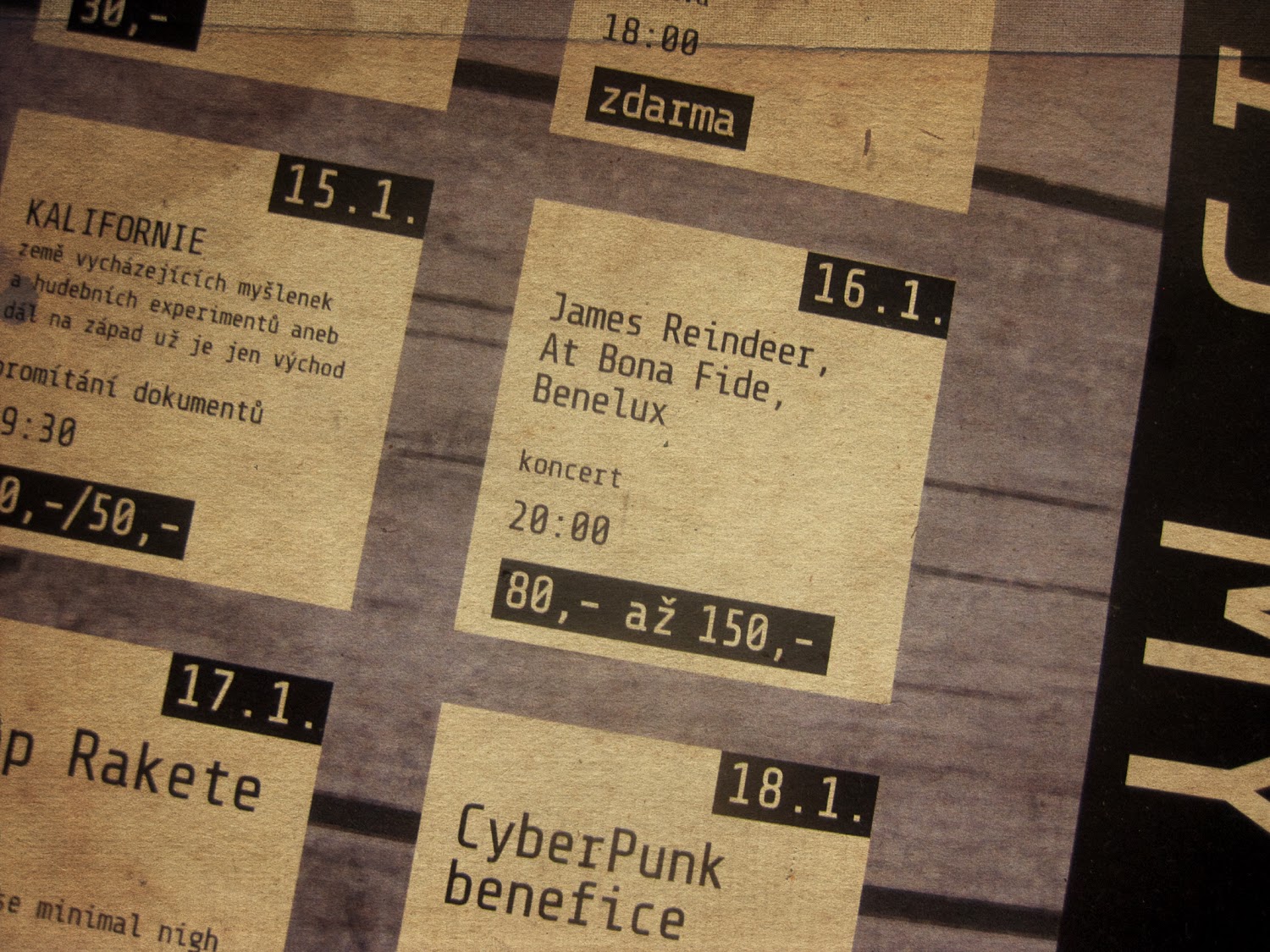 –
we made our way inside and were soon greeted by the very cool tomas, our bar-man, promoter, organiser and host for the evening; and what a true gentlemen in every sense indeed. a firm handshake soon turned its attention to a freshly brewed cup of earl sitting on the bar for me as i took in the delights of the super-chilled location that is kredance. how it was a pleasure to relax for a short while as the other members of the gang dealt with their equipment, even allowing myself the chance to utilise the wifi to finalise some more of my travel plans, as well as to send word back to the leipzig safehouse that all is well.
–
once we had all taken our fill of a particularly satisfying pasta dish, the stage was soon being set up, soundchecks happening and the guests starting to arrive, and what a pleasure to it was to see some familiar faces as well as getting to meet some new folks; this being my first time in the city. how much jovial conversation was had as we all slowly warmed up into the evening; a splendid constellation of people taking refuge from the cold of the wintry night together in close communion, all in the name of taking in some rather special live musical performances, of sharing the experience.
– 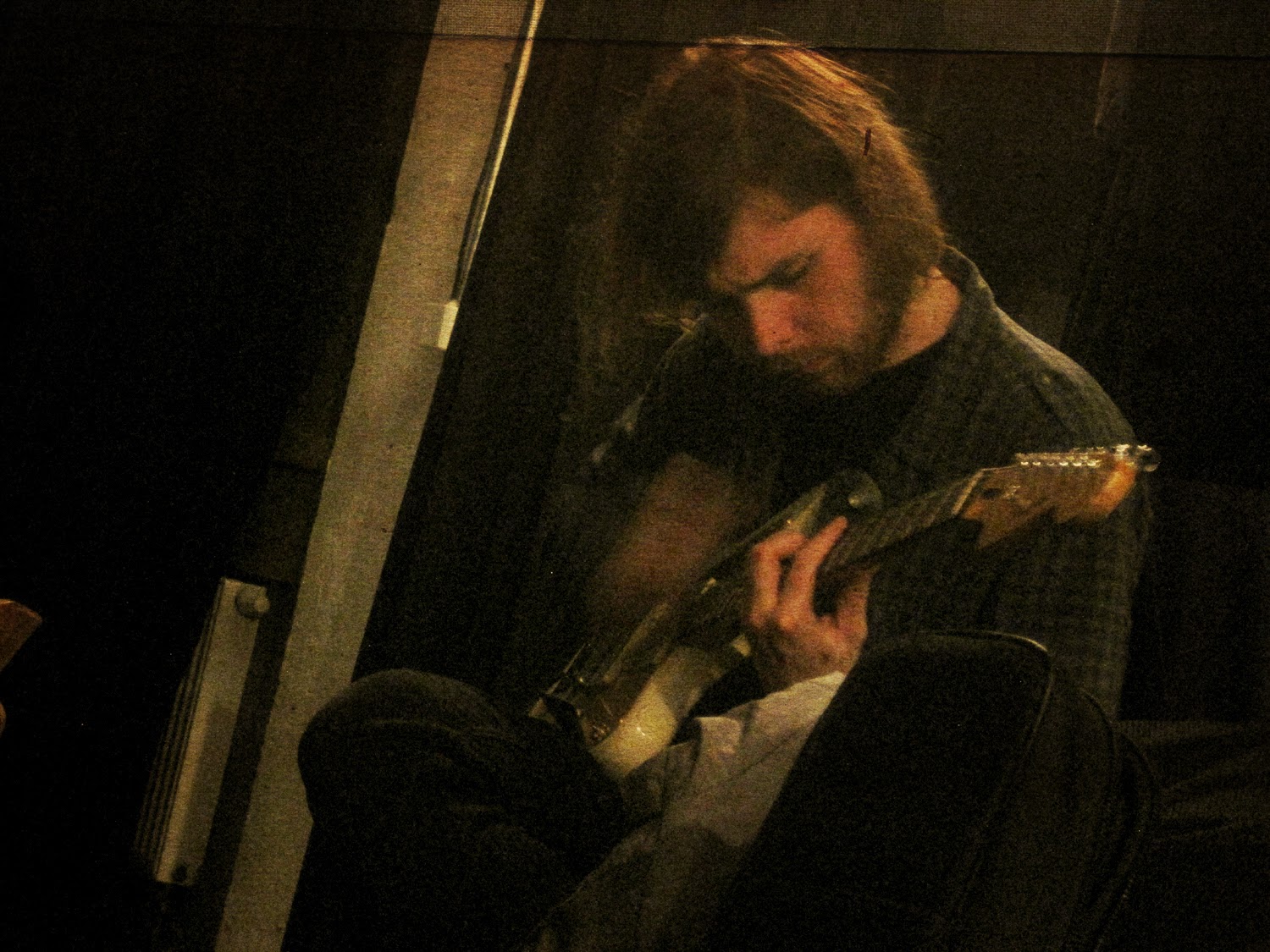 –
benelux took to the stage once again without delay, and how the acoustics of the location seemed to favour them a little more this night; how yet more staggering waves of their performance cut through the monolithic sound that they were able to extract from their speaker-stacks, and how a second chance to audition their live set only served to reveal yet more details and facets of worthy note. and how it was very much the same story with at bona fide, both bands taking full advantage of the sound situation and getting to unveil the full might of their shoegaze splendor on the wholly-receptive audience.
–
still, soon it was my turn to take to the stage and how i deliberately set about crafted a less frenetic and more considered performance than the night before. in plzeň, in the chaos of the pohoda, i had the chance to deliver a faster-paced, shorter, more tightly-woven set, whereas in the kredance i took my time to draw out more atmospheric spoken-word moments between the chaos and clatter of my main compositions. there seemed to be a calming still in the air, one that gave me the chance to perform at my own pace, and one that resulted in what ended up being a very-well-received and very satisfying performance indeed.
– 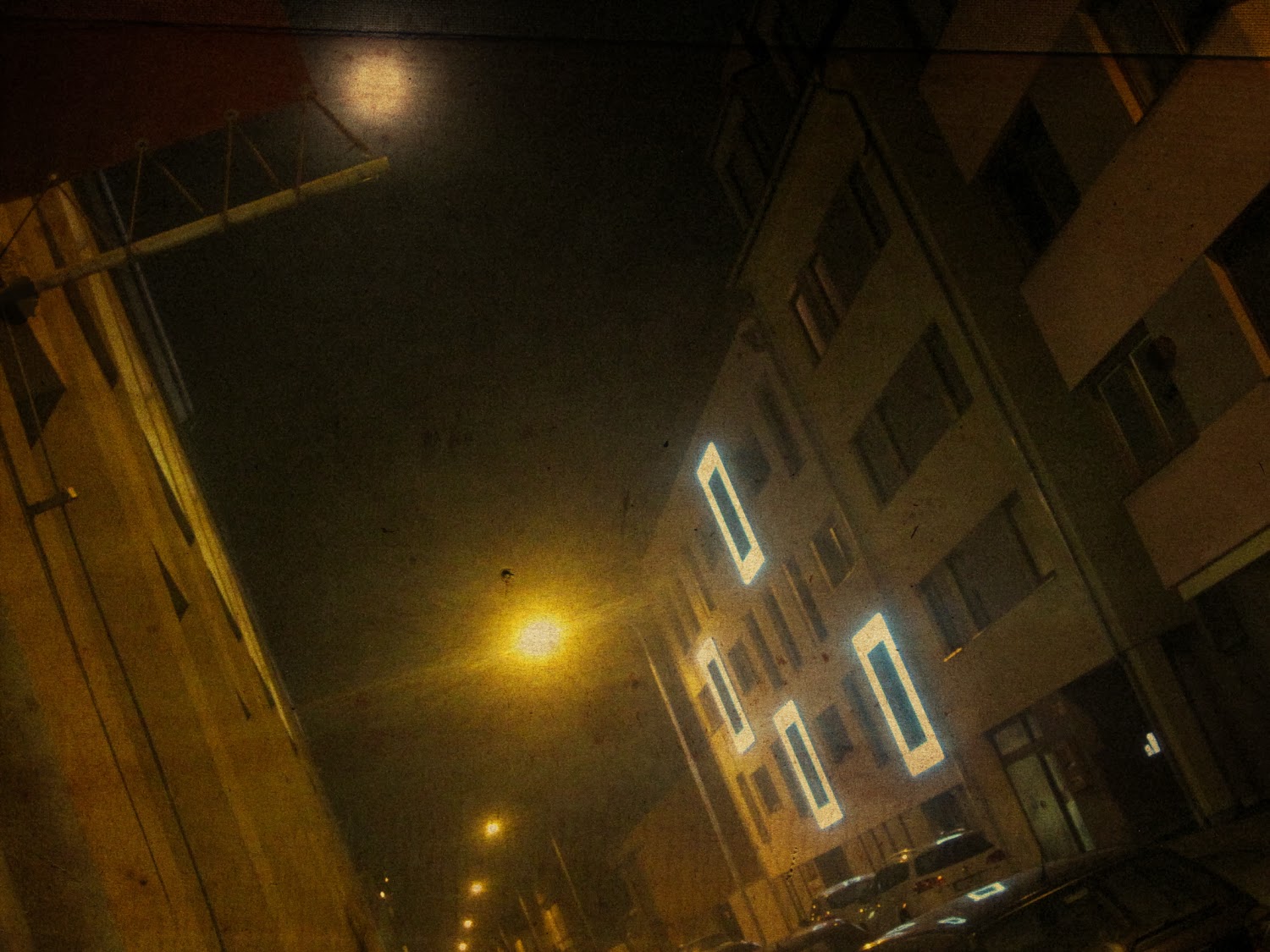 –
naturally, with the performances safely-handled, it was time to spend the rest of the night propping up the bar, which we did to long and good effect. i made my way through two or three more earls whilst embroiled in conversations with a splendid gentleman by the name of petr, who would later reveal himself as my co-host for the evening, and how he being a rather-well-traveled scholar led to long talks on various cities around the world and our own personal takes therein. zuzka and the others were also very much on hand to lend their worthy remarks to our discourse, and how the whole evening wound down most enjoyably as the location slowly emptied, til we were the last ones left, tomas holding the keys.
–
zuzka and the rest of the remaining gang were still keen to head on to another place, but i was very much ready to turn in for the night, and so how tomas kindly escorted me back to his place, where he soon turned in for the night, and where i set about brewing one more cup of tea and handling some small admin chores in the wonderfully warm and cosy environment of his apartment. and how it was very much a delight to find myself accompanied by his beautiful cat, who goes by the name of cuketa-courgette, and was sure to keep a curious and inquisitive eye upon me as i slowly managed to find my way back into the dreaming once more; a head full of new and wonderful experiences.
– 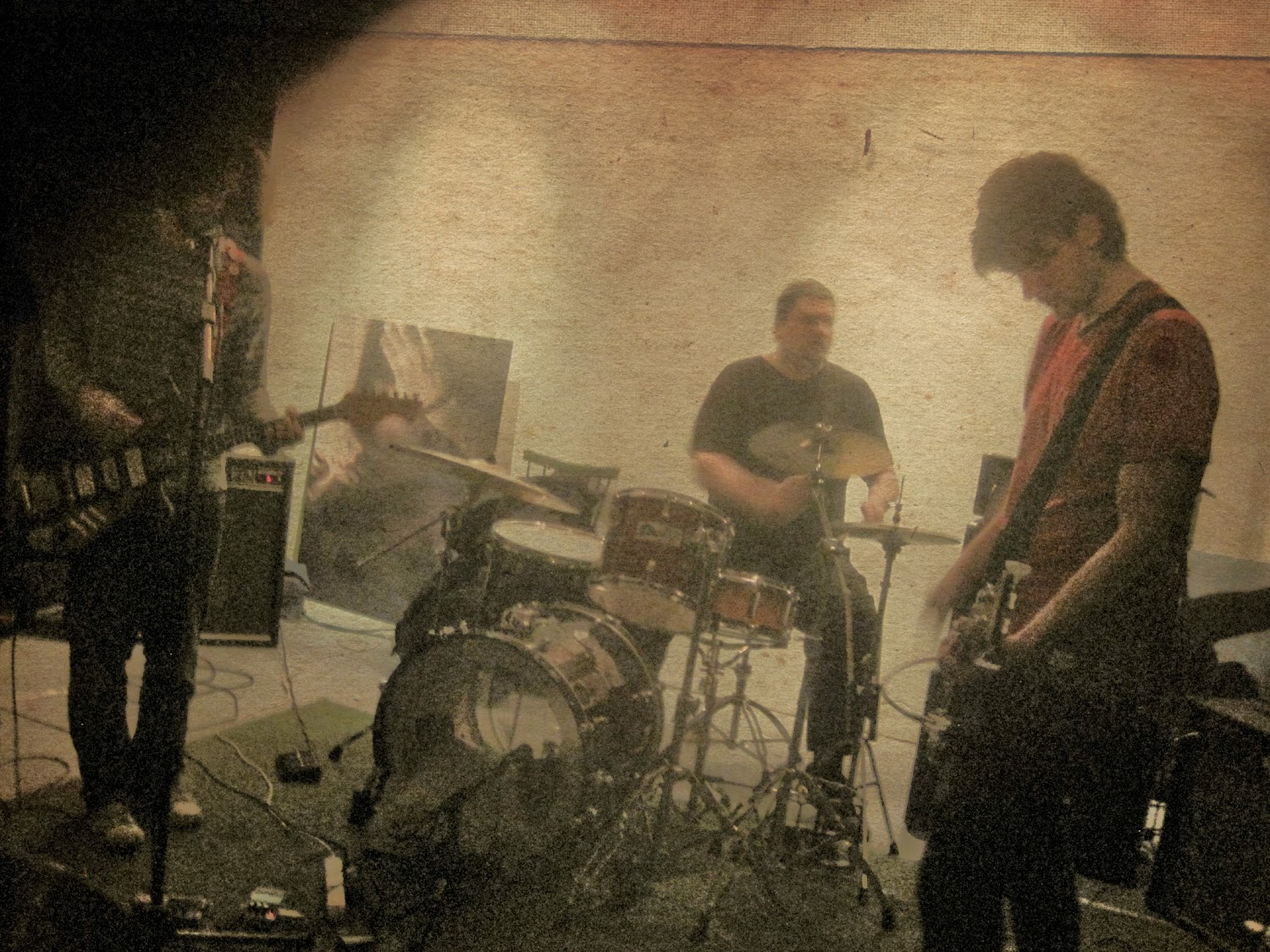 –
i must have been so deeply embroiled in the dreaming, and still so weary from the previous night that i managed to find myself sleeping til almost midday, and had to arise with a start to be sure about being ready to take the necessary train from the hlavní nádraží, my schedule taking me on to kutná hora via kolín and a tight one. luckily there was enough time to briefly cross paths and offer thanks to both petr and tomas again before i made my hazy way back down onto the streets of české budějovice, the first time in the daylight, and paced earnestly in the direction of the hlavní nádraží with plenty of time to board the kolín service and begin my next leg of the adventure.
–
how it was such a memorable time indeed and a wonderful first visit to this new location on my czech map, and how i would very much like to take the chance to offer such thanks to everyone involved and everyone who made it down, new friends and old. extra-special thanks of course going to tomas for helping organise such a splendid night, for petr for making it all the more pleasant, the mighty kredance for hosting such a nice evening, to the benelux and at bona fide families for yet another night of wonderful music, to the mighty george-jirka for the crystal clear sound, and all those who offered me such kind words, praise and the feeling of being so very welcome. here’s to next time indeed.
–
next field report : amidst the woodland hillside still
–
6|6|7