we travelled slowly out of lyon, following the path of the river as it wound its way beneath the majestic basilique de fourvière set high upon the hillside, shimmering in the beautiful morning light. having slept so very little, by this time we were already five very weary travellers indeed. crossing the bridge that offered us one last glimpse of the cities glorious diorama we began to ascend into the hills, ready to take the highway on an easterly course as we headed steadily below the foot of the vosges, into alsace, in the direction of strasbourg; this magically historic center of european culture, and one i have not set foot inside for a number of long years.
–
our journey was smooth and how the beautiful weather continued to bless us with bright blue horizons and a vivid sun to bath the green fields, woodlands, rivers and valleys on our journey to the most easterly edge of france. how each new mile had us all slowly lifting ourselves out of the early start on no sleep from the morning, a number of roadside teas and coffees contributing to the effect. by the time we arrived within strasbourg city limits we were back to full strength, glad to take in the sights of the town as we made our way to the location, and full of absurd jokes and larks; poised to take to the stage for an early show at the endearing maison mimir.
– 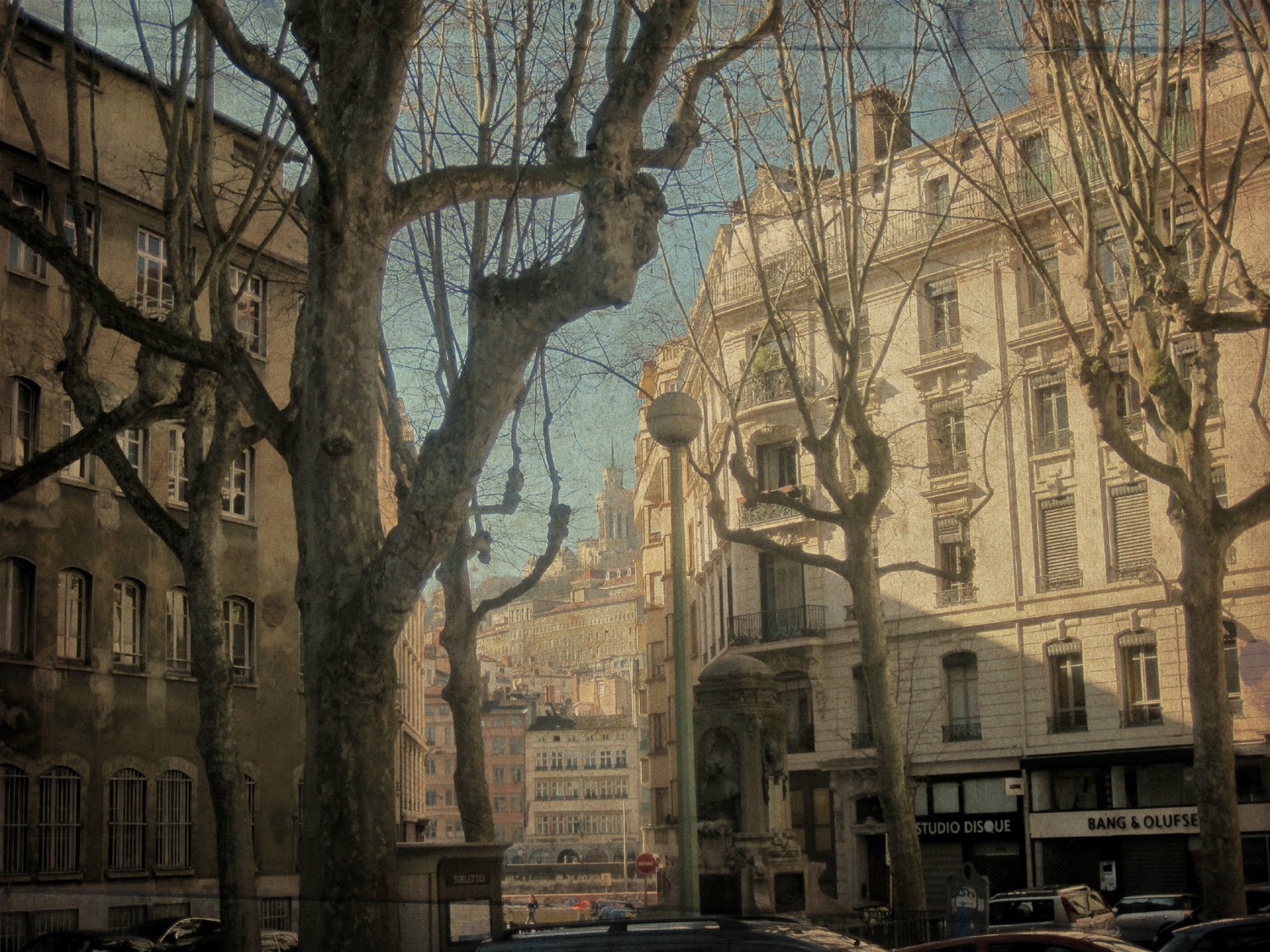 –
we pulled up at the location to be immediately welcomed by the local troops, as captained by the omnipotent jérémie fallecker, the ongoing king of strasbourg in terms of alternative bookings for discerning listeners. still, the moment we stepped inside the perimeter walls of the maison mimir we were taken aback with how truly picturesque and charming a location it is, and how the atmosphere was directly set to match. a very small gated driveway takes one through an arch into a wonderfully cosy courtyard, the house running along the right side and the musical location along the left. we had arrived in time to catch the remains of a late lunch buffet in the courtyard and we soon equipped with fresh drinks, hugs and wide smiles; wonderful strasbourg.
–
still, how it was an early show and how we directly needed to set-up, soundcheck and make everything ready for the audience, already making their appearances in steadily increasing numbers as the first shadows of the sinking sun began to drift across the scene. yet more delight was immediately in store though, as we soon found ourselves welcoming the amazing trip saarpreme and his better half, the always charming lisa, all the way from glorious saarbrücken for the performance. how it was such an  honour and a delight to have their presence for the show, and how ideas were immediately bubbling as to finding a way to twist trip’s arm into joining us onstage for a little freestyle action; there simply was no other way.
– 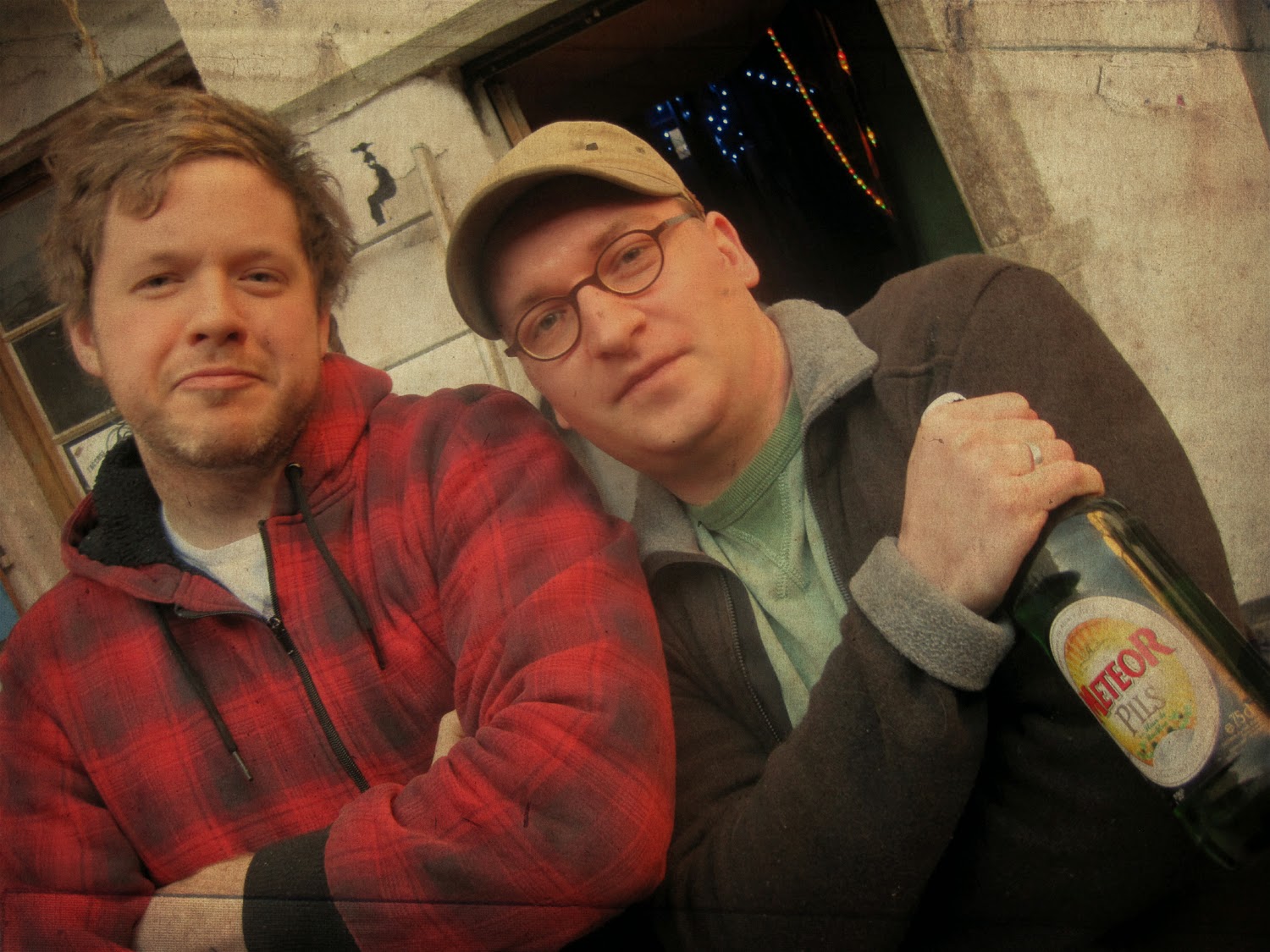 –
with pierre, francis and geste working their combined technical powers, alongside the very awesome olaf, our marvelous soundman for the evening, everything was set up and ready for the performance, and how the audience was very much arriving in drones, til by the time it got to show time we found ourselves gathered amongst a completely full room of super-nice, super-warm, super-responsive people, giving us all the opportunity to play out what has ended up to be one of the most enjoyable shows of the tour, one filled with really wonderful memories for all of us.
–
still, how under meticulous planning from pierre, we also planned to make this particular performance a little more special by mixing all of our sets together, taking turns, one song at a time, to create a really nicely rounded show, thusly also generating a lot more fun and energy for everyone involved. pierre and i had already tried and tested this routine back on the ‘our accents sure are pretty’ tour in north america with all of the gang, and how it did prove to be a real joy in the right circumstances; and how we all unanimously agreed that these were indeed absolutely the right circumstances. 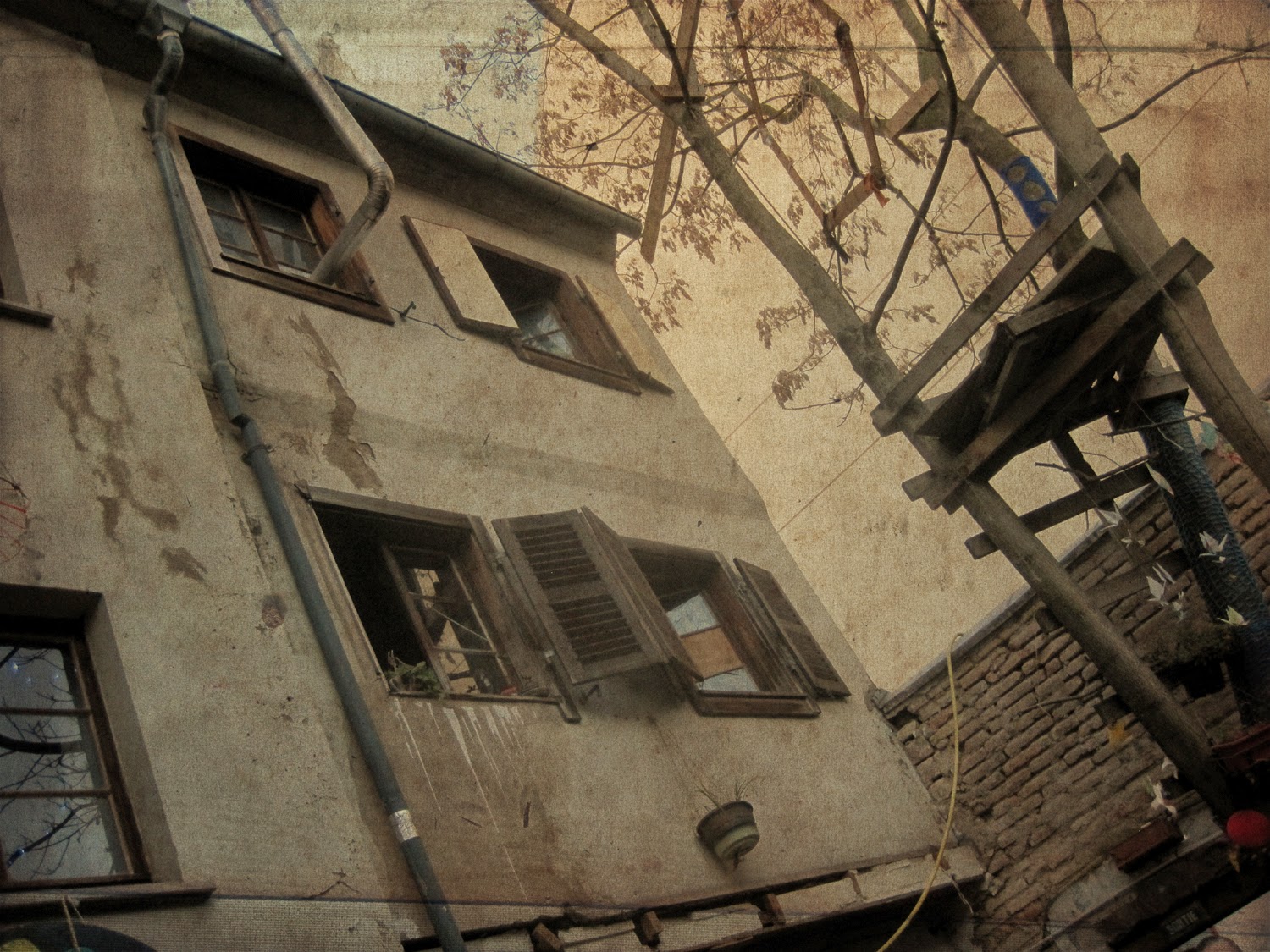 –
i must confess that i would be hard-pressed to guess the total length of the show, but it must have been in the region of ninety minutes, during which the energy and audience attention level was super-high, leaving us all pretty exhausted by the times the last rounds came about, but how the did, and how we did indeed manage to get the mighty trip on stage during the ‘400 years‘ freestyle, letting him chew horrifically for the eager crowd in a series of expert assaults; a wonderful addition to the proceedings, and one that steadily helped to round the show out, nicely in time for early-finshings, leaving every to start wending their ways back home before the dusk fully descended.
–
we must have remained at the location for not so very much longer ourselves, only needing to pack away our gear and talk of the full lebanese feast awaiting us back at jérémie‘s to inspire our relatively swift exit, us having really not fed ourselves adequately all day and the excesses of the show taking their toll. just a little time left to bid farewell to the remaining guests, including the ever-marvelous pierre schmitt who had been telling isaac and i some fascinating insights into the world of sign language, particularly within an artistic context; a conversation which very possibly could have continued all night. but our stomachs rumbled harder and harder and how the weariness was calling us to the calm of jérémie‘s abode, and how we loaded into the car and made our short way though the city as the night sky had finally set over the scene, casting all in the slightly unreal light of the street-lamps and rising moon. 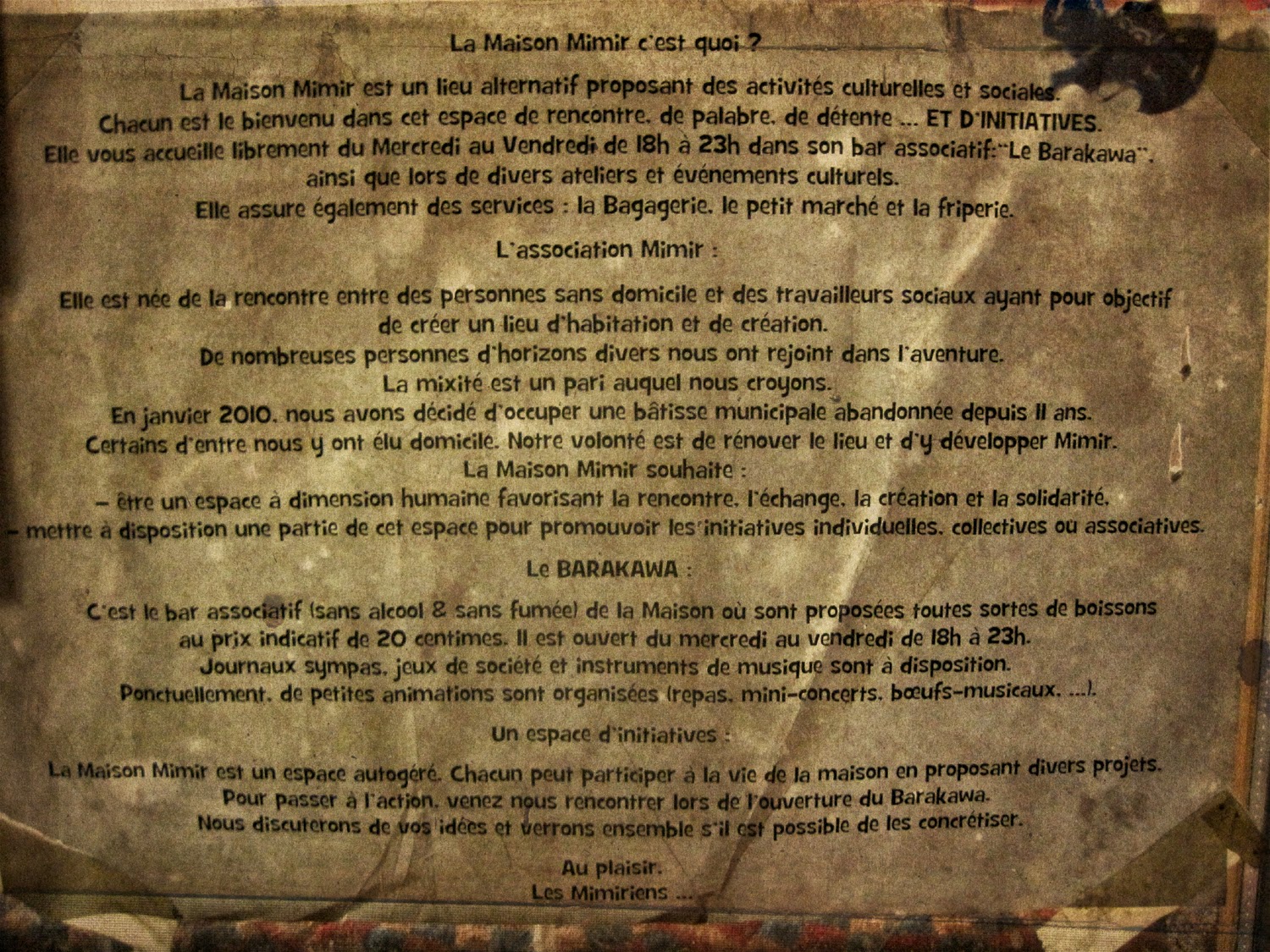 –
to my great interest i found that jérémie no longer resides in the apartment of his that i had grown so very used to; it’s beautiful rooftop veranda always a wonderful location; whether under the stars  after a show, or in the soothing light of the morning before, eating pain au chocolat, ready to face off to the next location. but now he and his flatmates occupy a very magnificent apartment in a tall town-house, traditional of the city. large rooms, high ceilings, great windows, ornate flourishes in the cornices; all combining to create a really charming residence, still filled with all the original character of the building. and how, set along the vast dining table, a lebanese feast, enough for twenty people, sat in an astonishing magnificent spread of colours and fragrances.
–
i can not exactly specify our number as we all sat down to eat, but we were very many. yet still how we all managed to make relatively short work of this exceptional feast, how every last mouthful was utterly delicious and how it was exactly what we needed; some wonderful food for our stomachs, so wonderfully welcoming friends old and new with which to enjoy the moment, and these most comfortable confides to relax in after three intense days of travelling and performing; the perfect rest point indeed. having taken our fill we all sat back and let ourselves take in the moment before the steps would need to be taken towards farewells being made for the evening; it being a sunday night and early starts for most in the morning. 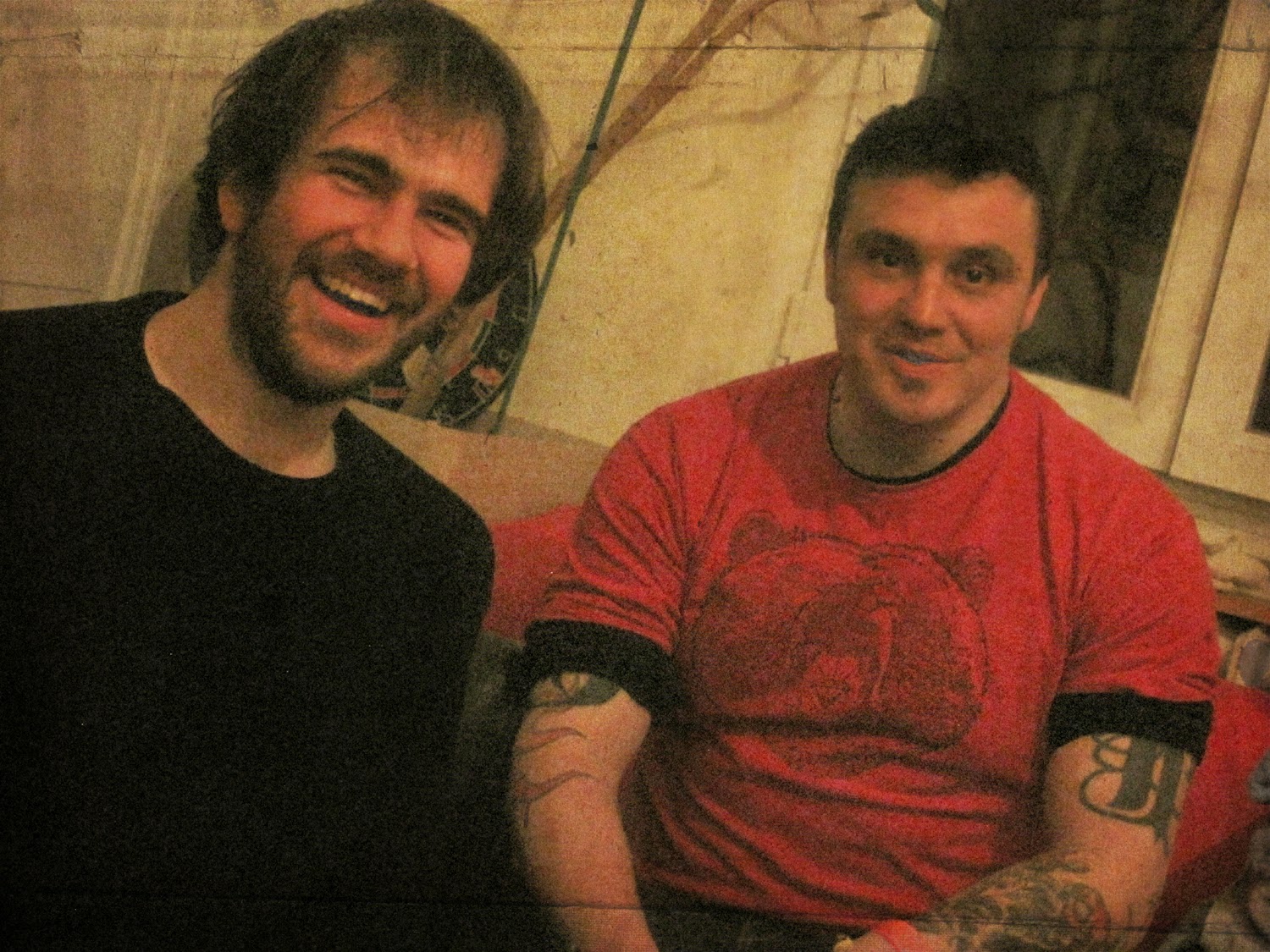 –
slowly but surely our numbers dwindled, as the kind souls around us slowly made their way to their respective abodes and sleeping places, many a fond farewell was bid in this short time. finally we were left almost to our own devices as we took one more round of tea, pierre and francis attended to some more end-of-day business and how we all slowly let our eyes grow heavy and start to think about getting a little sleep, glad of this relatively early-night after the chaos of the last three days. so, we finally put ourselves to bed, weary as hell, but in high sprits, autoblow-jokes still flowing thick and fast as we steadily drifted into the dreaming.
–
we arose early in the morning, to the sound of pierre‘s first autoblow-jokes of the day, and took our turns to shower and dress before gathering around the table once more for an early breakfast. tea, coffee, pain au chocolat; all exactly as it should be. how the morning also gave me but a few moments to take in the morning air from the balcony and watch the citizens of strasbourg wander gently in the morning light between the beautiful architecture surrounding them. all too soon it was time for farewells, and how we bid our bold captain jeremie farewell before piling out onto the street, taking the early-morning tetris challenge and climbing into our iron horse to press on across the border, into deutschland, sachsen, leipzig, connewitz; the legendary zoro.
–
so, might i offer our collective thank you’s to the very amazing jérémie fallecker for his masterful organisation and hospitality, the masterful olaf for the superb sound the whole wonderful maison mimir family for their kindness and enthusiasm, to everyone who came down to the show and shared this lovely night with us, to jonathan, jules, lukas, jess, eve, pierre and many, many more! here’s to next time indeed.