‘Art Forms of Dimensions Tomorrow…. contained “Cluster of Galaxies” and “Solar Drums”, two rhythm section exercises with the sound treated with such strange reverberations that they threatened to obliterate the instruments’ identity and turn the music into low-budget musique concrète. While testing the tape recorder when the musicians were tuning up one day, Hunter had discovered that if he recorded with the earphones on, he could run a cable from the output jack back into the input on the recorder and produce massive reverberation…’
– 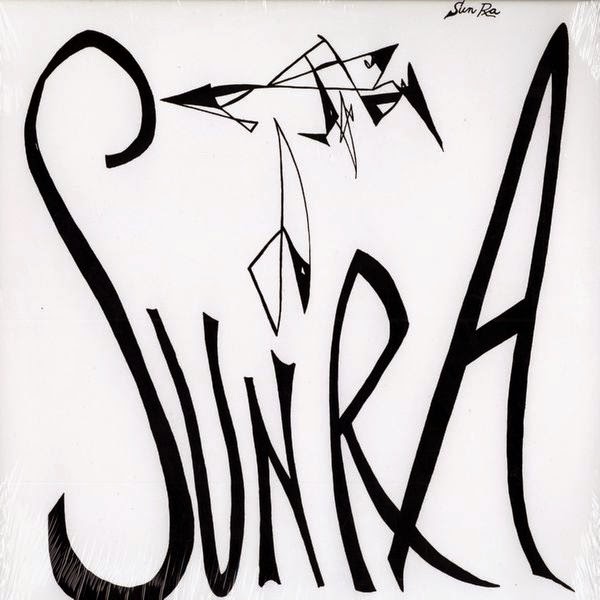 –
‘By the 1950s commercial recording companies had developed a classical style of recording which assured that the recording process itself would be invisible… but Sun Ra began to regularly violate this convention on the Saturn releases by recording live at strange sites, by using feedback, distortion, high delay or reverb, unusual microphone placement, abrupt fades or edits, and any number of other effects or noises which called attention to the recording process. On some recordings you could hear a phone ringing, or someone walking near the microphone. It was a rough style of production, an antistyle, a self-reflexive approach which anticipates both free jazz recording conventions and punk production to come.’
–
– John F Szwed